“Don’t ‘go’ for the laugh” is often told to actors so that they remember to let the audience ‘go’ for it. In a similar way, the star and author of “Lizzie Borden’s Party,” Marjorie Conn, cleverly, does not go for… the hatchet. Yes, the hatchet that some still believe Lizzie Borden wielded in this gruesome murder mystery marvelously performed solo by Ms. Conn in the Midwinter Madness Festival which started this week at Roy Arias Studios: Stage II on 43rd St. 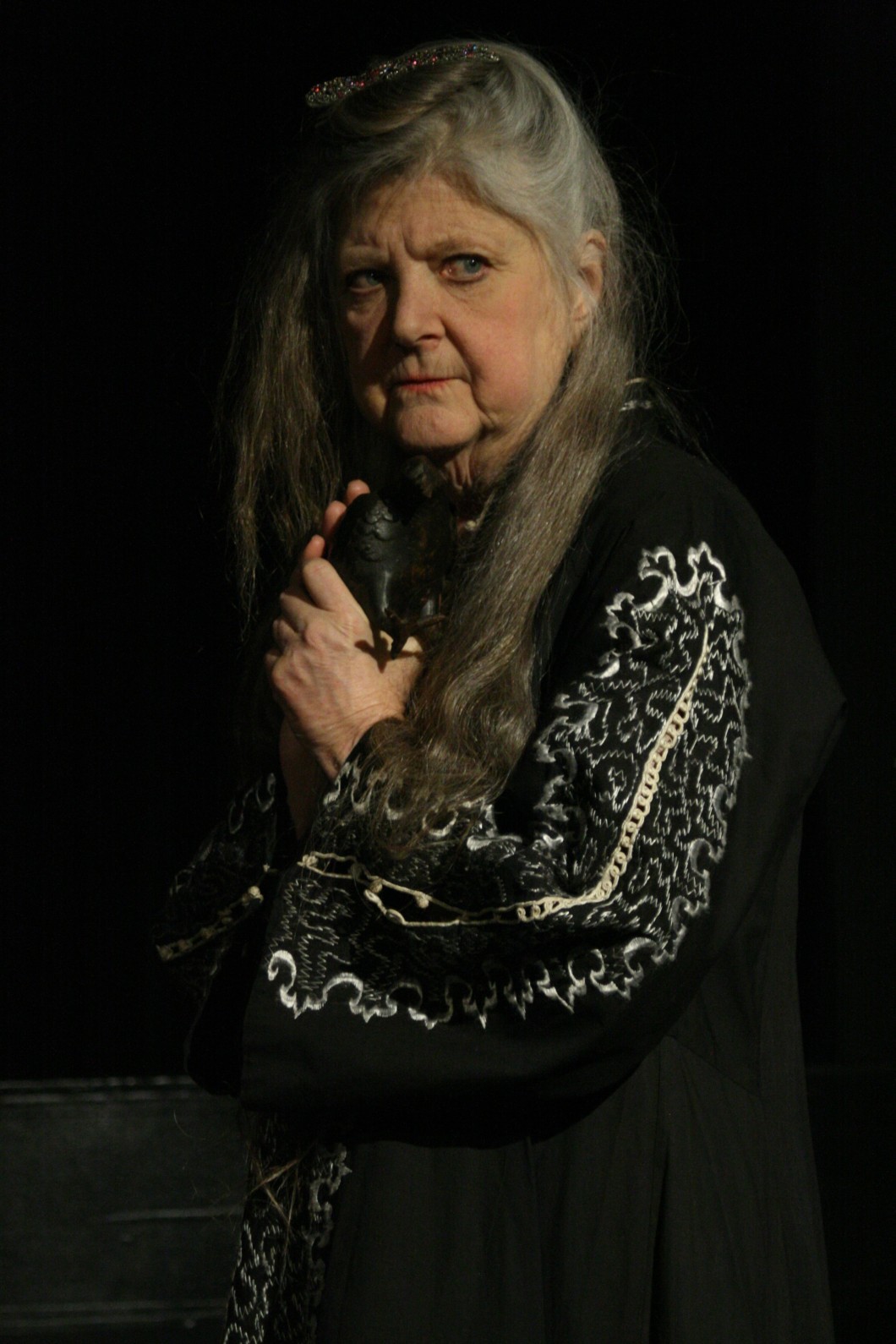 From the very first words, the play will grab your attention. The words are macabre and yet tied together in such a melodious way that you welcome every last detail, no matter how menacing. Ms. Conn performs the title character respecting this melody of text, letting it sort of lift her eyebrows, twitch her gaze, launch her arms into the air and push her, sometimes reluctantly, through a gory past her character Lizzie may not want to relive. What an insanely brilliant and subtle acting choice! Thus, the author and actor, despite such gruesome story content to work with, choose not to go for the hatchet: they choose instead to let our more horror-filled imagination do “the hacking”, making us squirm even more gleefully.

Needless to say, I was too entranced by her performance and engrossed in the story to be aware of these artistic decisions during the show. Her powerfully nonchalant embodiment of the Lizzie Borden character was performed with a passion that should not be missed. The difference between experiencing live this bravada performance and watching a movie, TV or something streaming on the web was palpable and stunning. This single bare-bones performance will explain to you viscerally why everyone should not forget to go to live theater.

I must also mention that the direction by John Buckingham was spot on, understated and pithy. Neither he nor the author go for the hatchet, in fact, “spoiler alert” I don’t recall her ever making…a violent gesture. Enjoy! There are two more performances, Thursday Feb 13th and Saturday Feb 15 2014.

Christopher Sirota writes for OuterStage and DramaQueens on a regular basis. He is also a cinematographer with one film receiving international distribution, another in post-production, and a third readying for pre-production.
Photo by A.G. Liebowitz/WrightGroupNY