Steve Silver has written a tight drama that seems an authentic look at a life in Spanish Harlem. The English language is enhanced with Spanish and Italian expressions sprinkled throughout, reflecting the vernacular of the multi-ethnic community. Ken Coughlin (lighting and sound design) gave a particularly nice touch using salsa, Frank Sinatra, Dean Martin and other Latin styles of music. 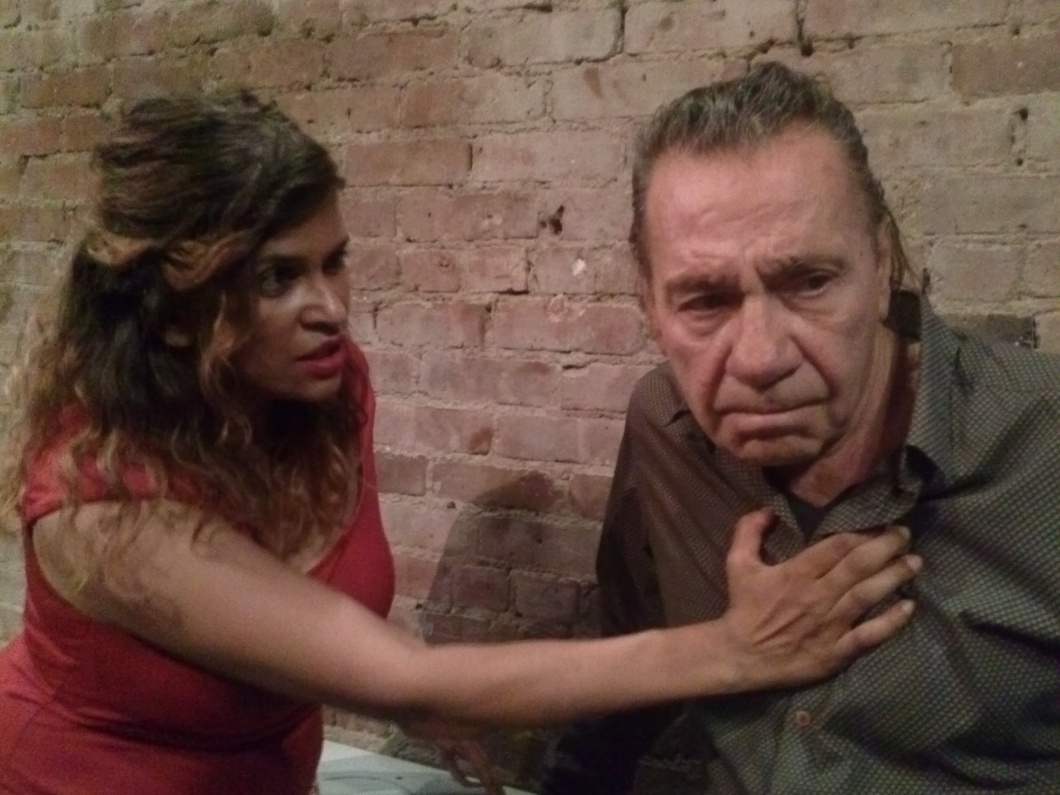 A husband and wife, beautifully played by Rookie Tiwari and Larry Fleishman, mourn the 9-11 death of their daughter and consequently are raising their granddaughter. The husband, Manuel is a recovering drug addict, alcoholic, and ex-con. His wife, Rosario is very supportive of his rehab but also is very concerned that Manuel will slip back into his old life of crime when Mikey, an old family friend and accomplice returns.

Mikey is effectively played by Steve Silver. Ken Coughlin is convincing as mob boss Tony, who wants Mikey and Manny to do one more job, which involves drugs and Cuban gangsters. The conflict escalates when Manny reconsiders returning to his old life and the consequences it would bring to his future and that of his family.

Mercedes Vega made a nice appearance as the deceased daughter in Rosario’s dream.

This ATA production was directed with a deft hand by Laurie Rae Waugh. As the play proceeded, her direction increased the emotional tension while using the small playing area effectively, moving the actors well, particularly in a fight scene. Rachel Ladany, stage manager did a good job running lights and sound. The set and props were minimal and created the apartment and social club convincingly. All in all, this was a very satisfying and enjoyable evening of theater. I highly recommend it.