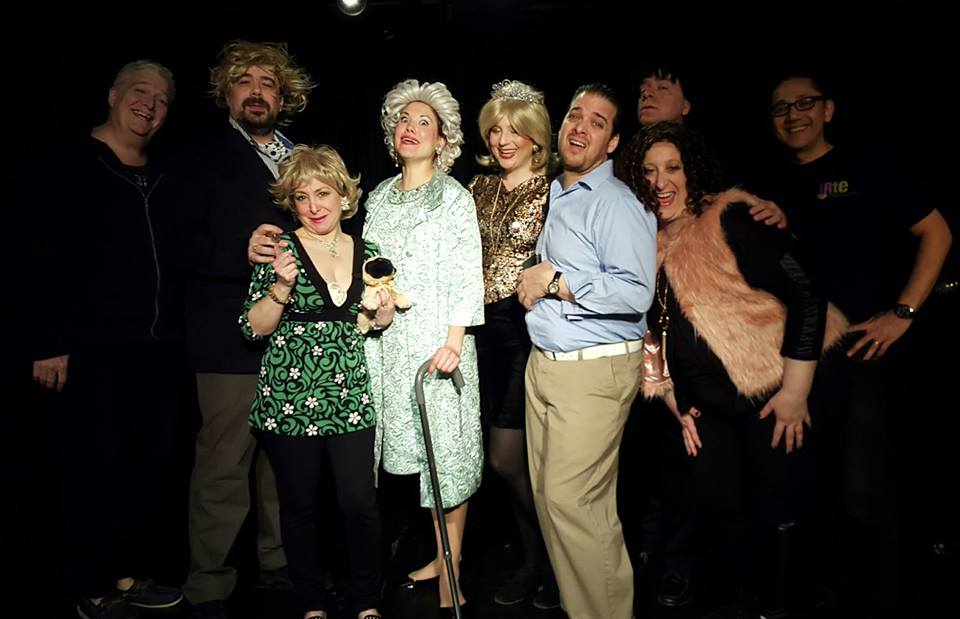 Big, Rich and Powerful was a soap-opera style comedy by The Improvisational Repertory Theatre Ensemble and directed by Robert Baumgardner that was truly worth watching.

When the rep of talented and resourceful artists – four females and three males – entered the stage, the games immediately began. From their first look you knew what was happening. They captured the idea of the late night drama beautifully and pulled you right in with humor and ingenuity.

Good old fashioned audience participation was added to the mix. After giving them ammunition, we sat back and watched the plot develop.

The difference between watching a show and being IN it was astonishing. Choosing things like “type of wealth” and “dark secret” let the audience dance on two floors: we strolled down memory lane thinking about the days of “Who Shot J.R.” (though the recent season finale of The Walking Dead gave us the same kind of jolt so I guess those days are not gone); and we felt invested in the show as our ideas came to the fore. The appreciative crowd walked away quite thrilled with being part of the action.

The show was filled with great one-liners as well. Guffaws were elicited with lines like “… drain the lake in the backyard and fill it with Perrier water” made even funnier by the fact that the character had the seafaring name of Arthur Treacher.

Like any good Variety Show of days gone by, there came a musical guest. Another highlight. Guest Craig Greenberg, jammed on his piano keeping us all singing.

I can’t say I watched a show though … I CAN say I was part of it.

It was a worthy night with these big, rich and TALENTED people.