Playwright Tom Rowan combines Greek tragedy with cutting edge comedy to present FAYE DRUMMOND, part of the UnFringed Festival at The Secret Theatre in Long Island City. FAYE DRUMMOND runs August 17th @ 9:15pm; August 20th @ 8:45pm; and August 21st @ 3pm at The Secret Theatre, 44-02 23rd St., Long Island City, NY. Featured in the cast are Renee Bang Allen(Company on Broadway) as Faye Drummond; with Peter Reznikoff (IRENA’S VOW on Broadway);Geena Quintos (A CHORUS LINE national tour); Andrew Gelles, Caleb Schaaf, and Bob Angelini. Faye Drummond, the trophy wife of the fifth-richest man in America, lives in luxury in a penthouse overlooking Central Park. She’s the woman who has everything, but she wants the one thing she can’t have: her handsome stepson, Paul Letos. With apologies to Euripides and Racine, FAYE DRUMMOND updates the Greek myth of Phaedra and Hippolytus to contemporary New York, with uproarious results. 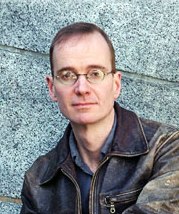 I often start with an idea for a character or a relationship. A personality, or writing a character for an actor I want to work with. Sometimes there is a specific world I want to explore, like the backstage world of an opera house, or the world of championship figure skating, both of which I’ve written plays about.

Tell us about your play … and why you wrote it?

I started writing FAYE DRUMMOND around 2009 when I, and much of the nation, was experiencing financial melt-down. I think some of it came out of anger at the whole idea of money and people who have money. And I had been wanting to try writing a play that took a classic mythological story from Greek drama and translated it to the modern world.

I would like for my plays to reach bigger audiences, both regionally and in New York. And I want to keep directing as well, especially Shakespeare and musicals.

I both write and direct plays, though this is the first time I’ve directed a production of one of my own full-length plays. But that’s not all I do. I’ve been a literary manager and still work as a casting director. And I write books about musical theatre, including A CHORUS LINE FAQ: ALL THAT’S LEFT TO KNOW ABOUT BROADWAY’S SINGULAR SENSATION, which was published last year by Applause Theatre & Cinema Books.

Come see FAYE DRUMMOND! It’s funny and sexy and kind of daring. And it’s surprisingly relevant to the current political scene as well…