The Midtown International Theatre Festival presents a story of great clairvoyance considering the events of this week.

We spoke with playwright Keith Burridge about politics-as-usual.
We hear a lot about inspiration – or Muse – that drives an artist. What inspires you?

I am inspired by stories in which an individual (often from history) overcomes a barrier, opposition or prejudice. I want the stories to have an unexpected twist or outcome.

Tell us about why you wrote this and why it’s important.

I wrote “The First Woman President” because I was struck by the story of Edith Wilson and the relevance of her story to the current election. Although Edith came from a humble background and had very little education, she cast a spell on the recently widowed President, Woodrow Wilson, to the extent that, in his pursuit of her, he canceled cabinet meetings and neglected Government business. Within just a few weeks of their first meeting he proposed to her. They were married nine months later and she became his closest adviser. When he suffered a debilitating stroke, she kept this concealed from his cabinet and took over running the Government. So I wrote this play because, like Woodrow Wilson, I became infatuated with this strong woman who shaped history at a time when she herself did not even have the right to vote.

I want recognition for writing plays that entertain, educate and stimulate their audiences.

By night I write plays, by day I have another profession – I am research scientist with a research group working in cell biology and cancer research. I was elected this year as a fellow of the American Academy of Arts and Sciences – for my science, not my play writing.

If I couldn’t write plays or pursue questions in basic cell biology, I would aspire to being a historian or archeologist. Many of my plays are based on history and characters from history.

How do you want [legit] history to remember you?

I hope to be remembered both for my contributions to cell biology but also for my plays. I hope people will remember my plays as entertaining but at the same time as stimulating and uplifting.

We live at a pivotal time where in a few days we may elect our first woman President. To celebrate this event, come and enjoy this play about an equally strong woman who triumphed over enormous odds and who, although never elected and without the right to vote, served as President while her husband was incapacitated. 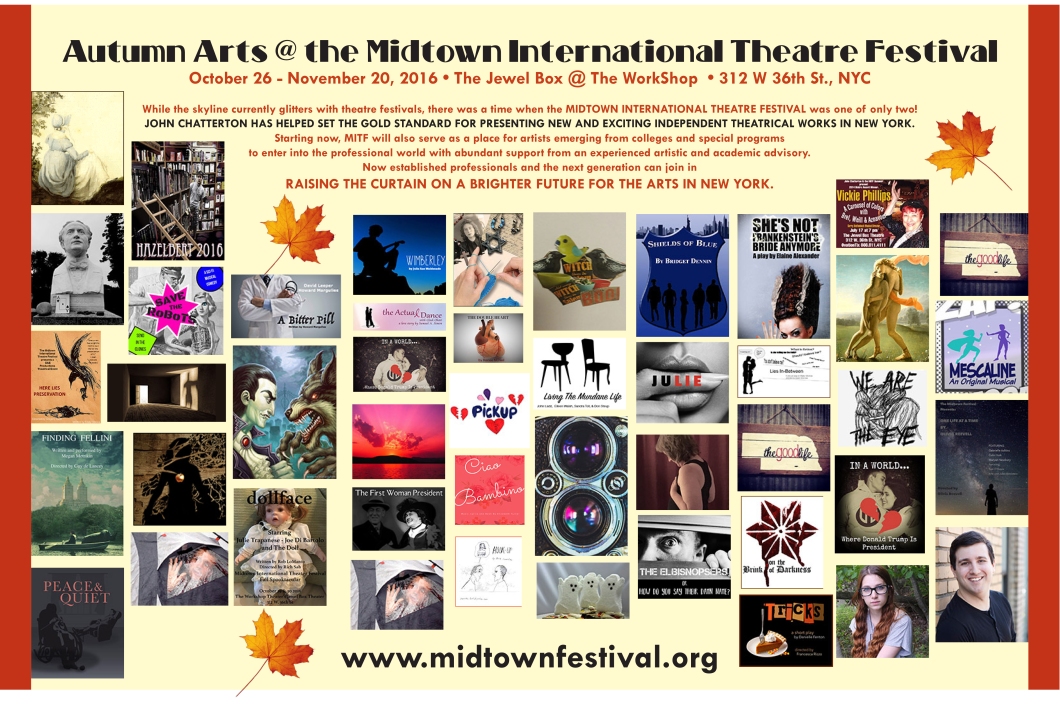