Ashley Khan reviews This Gonna Be A Test, Miss?
at the Midtown International Theatre Festival 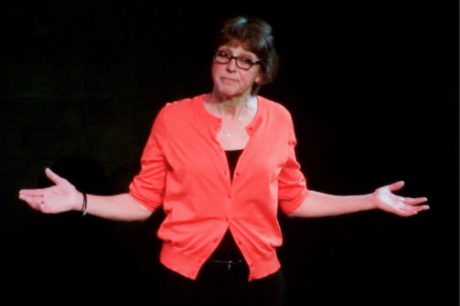 This gonna be on the test miss is drama peppered with humor. Like a rough language Mr. Holland’s Opus. A confused-about-life young woman tries to find guidance as a teacher at a community college and an aspiring actress. Guess which one prevails?

Ronna Levy is a strong actress but could flesh out the script much more. She is more than capable but the script – waffling between realism and drama could be molded to be more understandable. The teacher herself was an appropriate character for the play but sometimes the drama got the best of her. “Test,” overall is decent but has the potential to be better.