Scratching Out The Future of the Arts 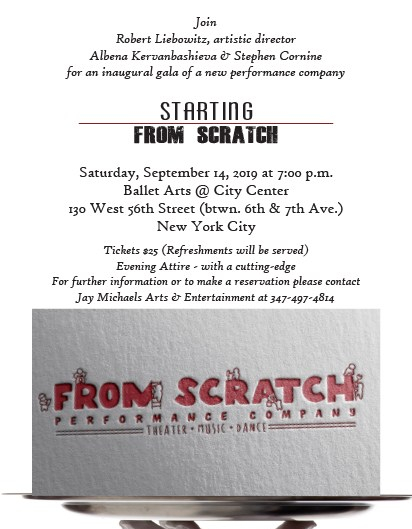 The new arts organization, From Scratch Performance Company, is more than just another theatrical company. it is a working body of art. It’s repertory holds many actors, singers, dancers, but also those that help them act, sing, and dance. Their new artistic director is a playwright, for instance. Robert Liebowitz is a 40-year veteran of independent theater. He stand next to experienced choreographers, designers, and some brilliant actors and musicians. 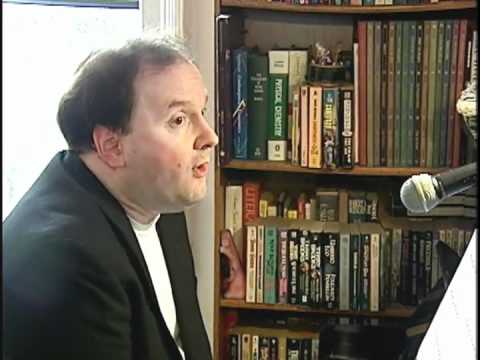 Founding member, Stephen Cornine, considers himself a “music man.” Teaching and composing, musical directing, actring, singing, and dancing comprises his day-and-night jobs for the last 30 years until now, as he approaches show number 200 … and 1!

Monique Romero’s story is not a typical one. A CPA by profession, she studied ballet very briefly in her youth as well as piano lessons (for twelve years). Now – after appearing off-off Broadway as an actress, she is now adding singing to her training and will be making her debut in “Starting From Scratch.” 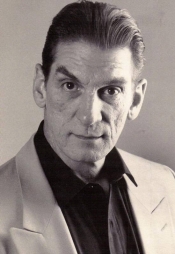 Teddy Montuori has been a member of the indie arts community for decades. He brings 70 years of life and art to the company. He joined at the behest of Robert Liebowitz and now is absolutely enthralled.

Tim Horace studied classical music all his life until college showed him other kinds of 20th century music. Now, his works smack of the avant garde, playing with (but not breaking) the rules and introducing different musical concepts in his compositions. Much of the music at the Inaugural of From Scratch are based on his concepts.

We got their buy-in to the upcoming event.

What made you form/join this company

Monique Romero My interest in theater and the arts and, especially, the fact that everything to be presented will be original and never before staged.  There are many performance-worthy shows that are never staged, so hopefully, this company will give a chance to the talented members to showcase their works and talent.

Tim Horace It is difficult for original works to be heard. Having the opportunity to have my compositions choreographed and performed by seasoned artists was a major draw.

What are your plans/hopes/dreams for the future?

Stephen Cornine I always said that I want to win at least three Tony Awards: one as an actor/singer, one as a music director, and one as a composer/lyricist.  For the time being, I’ll settle for continuing to climb the ladder of success, one rung at a time.

Monique Romero I hope to have the chance to participate in future productions.

Tim Horace Currently I’m working on a theatrical score for the stage production of “The Pied Piper,” by Robert D. Carver, adapted from ‘The Piper” by Josephine Preston Peabody. I would like to contribute dance and conceptual pieces to From Scratch and ultimately make connections to compose for theater and stage.

What make you different from other indie arts companies?

Monique Romero All the work is original.

Teddy Montuori We are the complete package: acting, singing and dancing.

Tim Horace For starters this is a full scope company encompassing theater, musicals, dance and instrumental and vocal works. I’ve been thinking of adding a musical score to poetry, definitely more theatrical works all would be possible with this company. A big plus is this group is formed by great local talent of different ages and backgrounds.

Stephen Cornine If I weren’t excited at all of this, I would be checking my pulse.  Every step matters, but this is a big step.

Monique Romero I am very excited to be a part of the Sampler and to be working with such talented and creative individuals who are willing to share what they have with the group.

Teddy Montuori  If I weren’t excited at all of this, I would be checking my pulse.  Every step matters, but this is a big step.

Monique Romero Hopefully, many more productions of the works of the members.

Stephen Cornine More shows with “From Scratch”, particularly since the next one may be one of mine (“Mirror, Mirror).

Tim Horace Looking forward to the next show, the next composition, and so on.