Common Ground, the new musical by Granville Wyche Burgess and Stan Wietrzychowsk, tells the yet-untold story of what really necessitated the Emancipation Proclamation. This special book-in-hand presentation, will be Monday, December 9 at 7:00 p.m. at The Actors Temple, 339 West 47th Street, NYC. Common Ground begins with a veiledly racist President Lincoln, carrying a country-at-war on his back, deliberating on how to make peace with his foes and forge an alliance with the formidable Frederick Douglass. Douglass, a literate, courageous “Moses” to his people, must show President Lincoln a new realty. Reservations are required for this event. Contact Liz Cope at JMAE.events@gmail.com or call 347-497-4814.

With two weeks until this special presentation of a production poised for greater things, Five-Star will follow the young, ambitious players forging this story and readying it to be seen by a new audience. 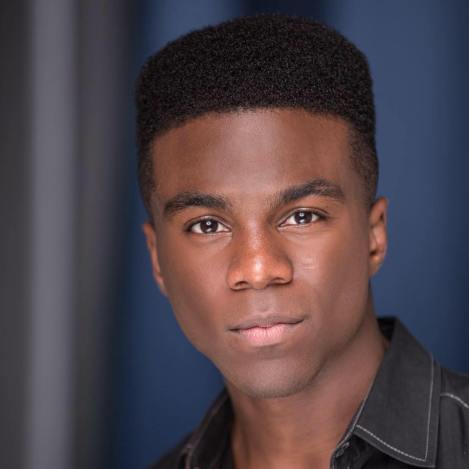 Ironically, both men are students in college and are juggling the weight of advanced education with portraying two iconic figures in a new light. Talk about tough courses!

Tell us about yourself as artists

Pavacic: As an artist, I am always open to new works and all methods of collaboration.  I love creating!  Ever since I was little, I think I have been a storyteller in someway or another.  Whether, it be through singing, or acting, I have passion for moving an audience and look for inspiration from them, as well as from my fellow actors.

Gallimore: I’ve been singing for as long as I can remember, and that led me to theatre and dance. I ended up going to DeKalb School of the Arts which is a performing arts high school in Atlanta, Georgia. I majored in Voice and Theatre and minored in Dance; it was there I really discovered my passion for musical theatre and the impact I want to make on the world. Being in Tisch’s Drama program I have learned so much about myself and so much more about the art I want to create. I know that the stories we tell shape the culture we live in, so as artists we have a deep responsibility in the characters we represent and the art we are creating. No art is created in a cultural vacuum. I also believe theatre is one of the most emphatic artforms. Theatre is powerful we can help the audience work through and access emotions previously inaccessible or to verbalize insights previously impossible to render into words. Either that or we move the conversation forward, provoking dialogue. I know that I  just want to be apart of creating a response like that.

Do you feel an added sense of responsibility when handling a piece of history like this?

Pavacic: I feel a tremendous sense of responsibility when taking on such an historical figure such as the 16th President of the United States!  At such a pivotal time in our nation’s history, its an honor to be able to explore the period and step into the shoes of such a person.

Gallimore: Most definitely, I have the chance to tell the story of one of the most prolific black men in history, that’s going to come with a lot of weight. 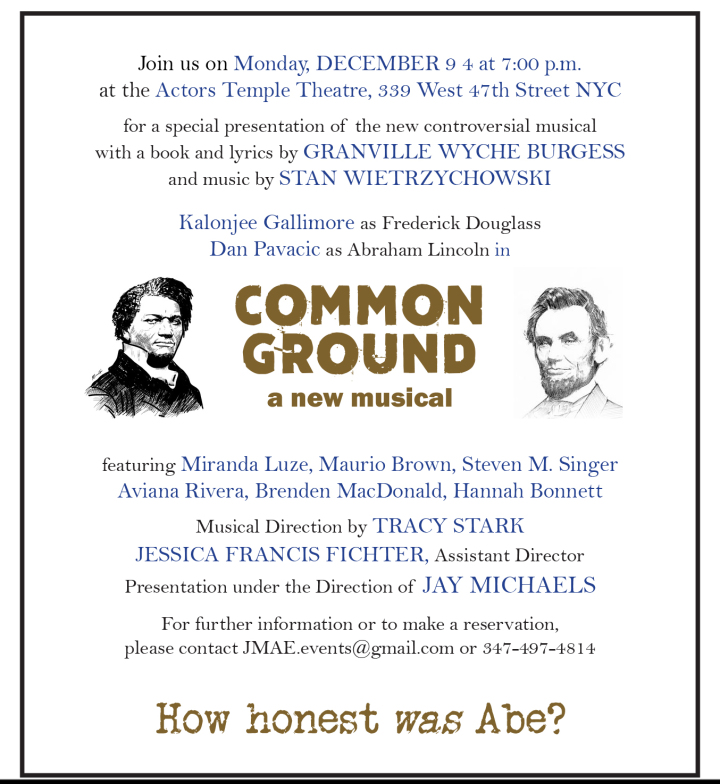 Tell us about a staged reading … pros cons

Pavacic: I think stage readings are probably some of the most fun and exciting parts in the process of creating new work!  I really learn so much about everyone’s individual processes while also exploring and adapting my own.

Gallimore: Staged readings are great. The cons are you don’t have the extravagance of lighting, sets, costumes, a full orchestra, some of those things that make theatre truly magical; however, during the reading, the story we are telling is the main focus. Sometimes theatre-makers get lost in the spectacle of what we are making and we lose the heart of the story, and with a show like Common Ground, the story is absolutely the most important thing.

Pavacic: Right now, I am currently finishing up my MFA at the Actors Studio Drama School.  Its been an amazing 3 years!  Went by so fast!

Gallimore: Well hopefully I’ll pass all my finals this semester, after that, I’ll start my second 4th semester at NYU Tisch’s New Studio on Broadway, where you’ll be able to catch me performing some Shakespeare in an upcoming show! Other than that it’s back to the audition grind.