Thanks, IRTE, for making us Laugh

Review: “Diner on the Edge” at the Producer’s Club by Anthony J. Piccione

It’s that time of year again! Even during a time of ongoing crisis, the legendary Improvisational Repertory Theatre Ensemble was as determined as ever, when I saw them this past weekend, to continue with their first show of the season. As I saw for myself, the news that was going on outside the theater wasn’t deterring Nannette Deasy’s troupe of actors from their usual commitment to delivering their usual brand of goofy, low-budget yet highly hilarious entertainment.

As the title eludes to, Diner on the Edge explores a American diner in the middle of nowhere, and all the zany and over-the-top characters that can be found there, who make the theatergoers feel right at home, “taking their orders” as soon as they end. However, after a sudden Cylon invasion, (as recommended by an audience member at the start of the show) crisis emerges which disrupts the diner’s already seemingly crazy way of life, and the audience is ultimately in for quite a ride along with them. 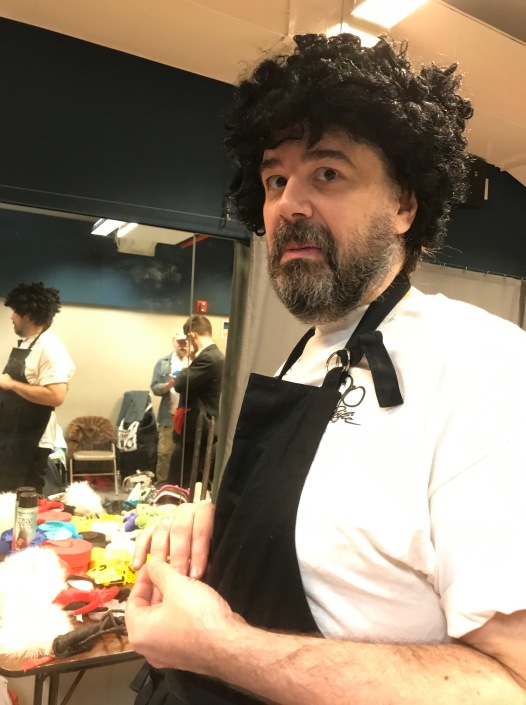 Per usual, IRTE showed the people who attended how hilarious their shows are, with their signature blend of both scripted and fully improvised comedy, which showed what can happen when a seemingly simple backdrop become home to a completely random and unexpected situation like the ones that are suggested at the audiences of the performances for this show. I’ve long been a fan of much of their work, and this production was yet another entertaining gem.

Sadly, just 24 hours after I attended this performance, came the government’s order to close all theaters in NYC, thus ending this show’s run. My hope is that this crisis proves to be short-lived, and groups like IRTE will be back on stage sooner rather than later, so they’ll be plenty more shows from them later this season, and beyond…

DINER ON THE EDGE

“Diner on the Edge” was conceived and directed by William Berg.

“Diner on the Edge” – presented by Improvisational Repertory Theatre Ensemble – ended its run at the Producer’s Club on March 14th.