Reviewed by Christopher Sirota
I have never seen live mime before tonight, at the hip Dixon Place on Chrystie Street. I did not know what to expect, in fact my preconceived notion (which I try desperately to leave at home) prodded me to require the show to be silent. But wait, mime is neither silent film, nor orchestra-less dance, and it is especially not simply muting your TV or PC. In my mind it was supposed to be silent … so I must say it took a little while for me to slide into the magic world created by the Broken Box Mime Theater during their recent production of At First Sight (and other stories) which is accompanied by…original music and even beautifully matched live piano.

“OK, accept there is music…what is going on? Hmmm?”… Let me say that “little while” was short lasted, and the rest of the first one-hour act (yes I admit I watched ONE HOUR of mime) was GREAT, and simply flew by. I would note here that I never disliked mime, of course having watched Marcel Marceau years ago on TV, and enjoying it … but Broken Box has truly taken it into the 21st century with their style and sound. Part of that style includes how they structure the show. Broken Box cleverly divided both Act One and Act Two into many sections, some longer than others, some very short. Even more interesting, they split one section called “The Ballad of Desert Rose” into three smaller ones, with a “tune in later” type cliffhanger each time. I really felt the artistic choices not only in the performances, but in the order, duration, and musical genre of each section. In addition, the group’s overall use of space, and superb lighting of wherever they were in that space (way upstage or down and even in the audience) worked to make each story seem different. And in fact, this too, having many distinctly different stories, kept the experience fresh, and the audience thinking, “what could be next?” The playbill notes that this is the first time the group was able to include original pieces from each member of the group. The result: nice variety, nice choices … bravi! 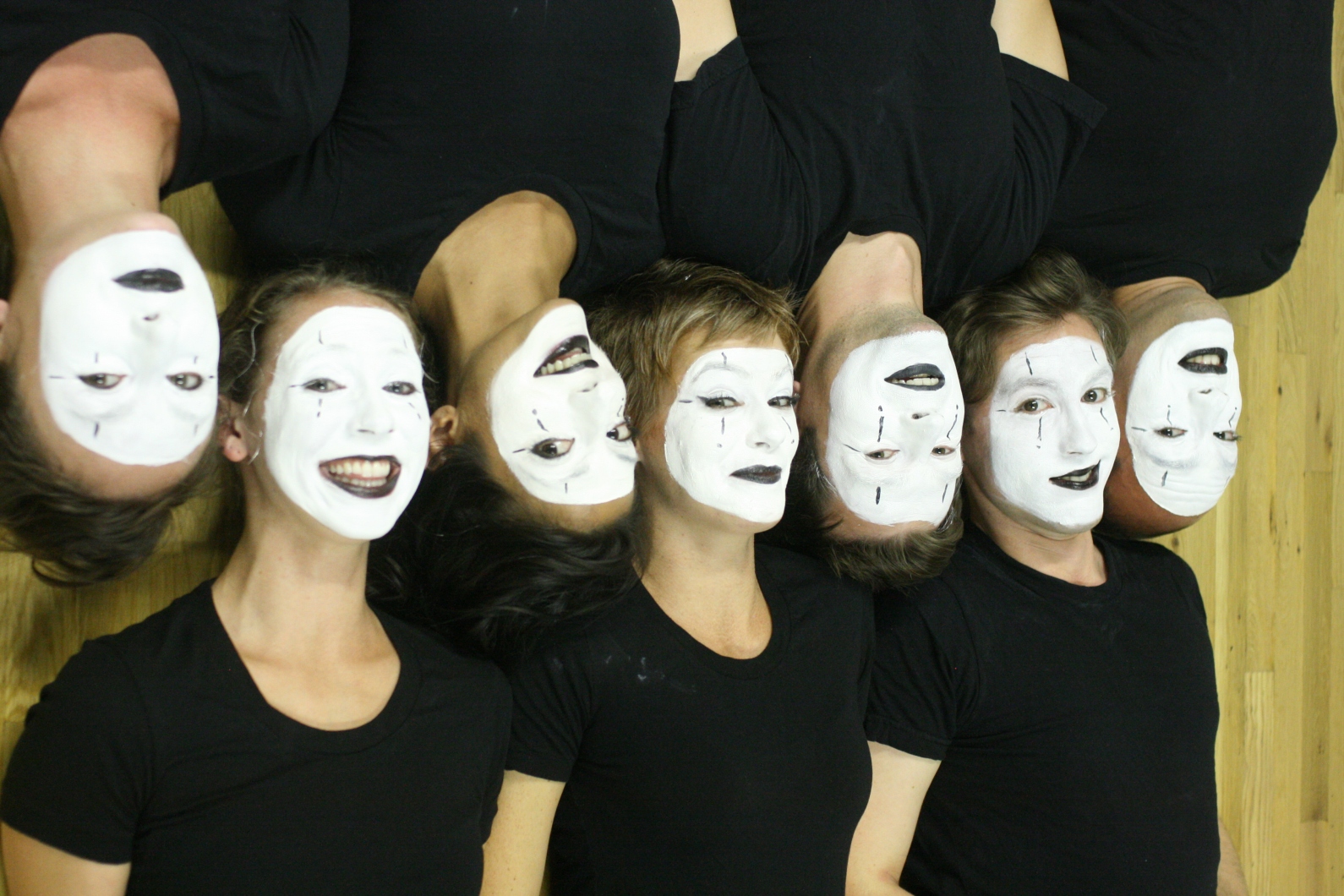 Now, keeping the audience thinking is usually a good thing to do in theater. And, it happened for constructive purposes most of the show, however, I would say the balance leaned more towards Act One, which is unfortunate since you always want to wow your audience at the end. I was more wowed by Act One than Two. Act One begins with the tour de force performance by the lead in “The Double” which is simply breathtaking once you get the premise: the lead mime here has to play two roles! And she deftly pulls it off … how she does this is something you just have to see. I would categorize the whole group as having different levels of granularity in their movements, and her movements and gestures were superfine, almost “fool-your-eye” fine. Another stand out for me in the superfine-granular movement-category would be “Mugger.” In this case, too, the movements by the performer of the criminal role were highly granular and it was at this point I thought to myself “Ah, very strong character.” Indeed, by the end of the show, I was convinced that the sections that I enjoyed the most, another example “Someday,” had a clearly sympathetic character, not just a character, and of course not just a plot. Note that heavy plot mime can be tough to follow, like “Ballad” which overall was fun, but mostly expository with lots of action. Some may like this, but I did not get hooked into any outcome. This also happened for me during “Thicker than Blood” which fell into the “halloweenesque” genre (to avoid any spoilers) buuuuut, come on, in this genre I expected much more fun, but received a predictable plot. I would be excited to see this one reworked for next October, keeping the premise, but simplifying the plot.

Also, sometimes when actual words are mouthed I feel this breaks the mime magic. However, it does work on occasion, particularly in the humorous stories. One very funny one being the “Fifth Wheel,” my fave of Act Two, which had a zany ensemble vibe, this time actually supported by…dare I admit…a witty plot. Indeed, for the avoidance of doubt, I do not require mime to be sad, deep, or tragic all the time, in fact I was laughing with the audience throughout Act One and Act Two. Broken Box Mime Theater has continued the mime tradition, not unlike the silent, but non-mime Chaplin, of sprinkling humour throughout…and sometimes just when you need it, or least expect it. Therefore, I am sure that you will not get what you expect when you accept an invitation to see mime by Broken Box…you will get, and want much more.