SheMoon puts the Behind in front to great success

Performance Review by Danielle Boss: She Moon, A Show about Butts 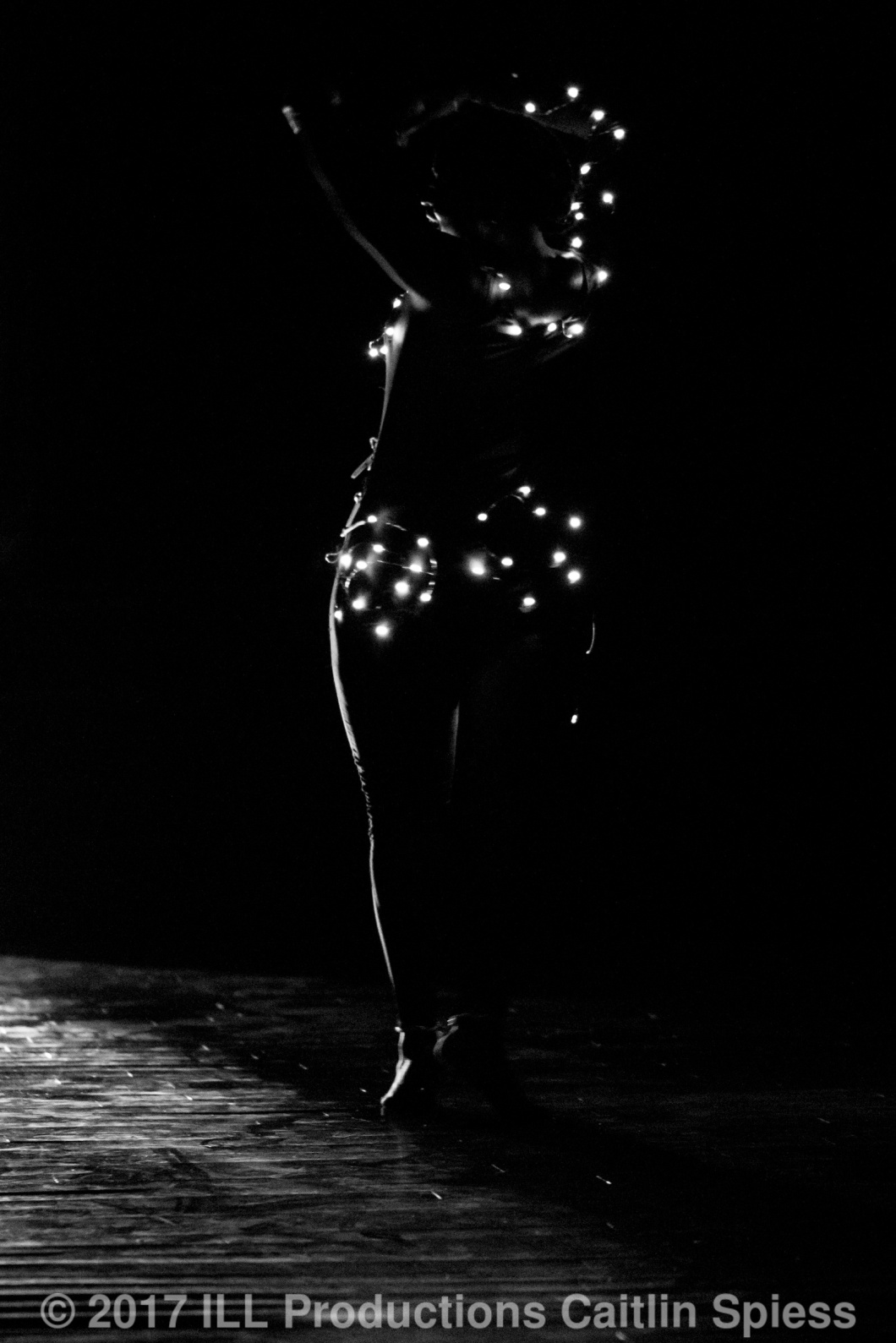 She Moon is an unforgettable show and a once in a lifetime experience that should be witnessed by all. Presented by the National Theatre of MatMadia and directed by Maddy Campbell, She Moon made its worldwide debut at The Muse in Brooklyn. Its opening (and sadly only) performance took place on September 24th. An hour before the show, there was a dazzling “Moon Market”— the theater’s bohemian spin on a farmer’s market. Entering the market felt like being in a wonderland: surrounded by boho vendors, twinkling fairy lights, beautiful wooden architecture, and a path made of pebbles to walk on. The ambiance and the atmosphere were gorgeous, giving off an impression of a Midsummer Night’s Dream. The vendors were all extremely kind, approachable, and welcoming. They were all very patient and open with newcomers and novices such as myself, explaining their craft with a warm friendliness. This enchanting pre-show “Moon Market” featured Holly Simple Studio, which sold original tarot cards, oracle cards, and other original artwork by the artist Holly herself, In Plain Sight, a custom discreet BDSM furniture salesman who offered free knot tying lessons, and a table where one could receive a tarot card reading. These wonderful people went out of their way to make outsiders such as myself feel as comfortable as possible. This lovely pre-show “Moon Market” truly set the tone for the captivating performance of She Moon.

She Moon was an astoundingly alluring performance promoting body positivity through “a show about butts.” Accompanied by music performed live by Maude Gun, (a group consisting of Molly Murphy, Jenni Messner, and April Centrone) each character, or “goddess,” performed a dance not only embodying their character (such as the Clown Goddess performing a circus act) but also expressing their unapologetic attitude toward spreading body positivism and to end body shaming. The show consisted of several vignettes presenting each goddess and their accompanying performance and dance. In a cirque du soleil style, these fantastical performances were enthralling and awe-inspiring. By climbing and dancing up ropes, dancing through suspended rings and hoops, and performing while being attached to harnesses, these “goddesses” created a performance emblematic of a circus, burlesque show, and play combined into one collaborative work of art. She Moon not only created a story and told a profound narrative, but it also made an impeccable spectacle of itself. Imbued with striking imagery combined with storytelling through intriguing song and dance, She Moon is a show not easy to forget.

Lighting designer Sir Real and costume designer Kate Sonell truly outdid themselves while working on this piece of art. The varying tones and colors of the lights during each character’s performance, intertwined with their majestic costumes, created an atmosphere of elegance and wonder. With costumes consisting of fairy lights, tutus, ball gowns, and lingerie, She Moon was a dazzling show about empowerment. Sara Minisquero’s performance as Goddess of Phases was glittering with quintessential talent. Her portrayal of “the Butt Nymph” who, at first, is shy, reserved, and ashamed of her body, is extremely powerful when the character finally embraces who she is and unabashedly sheds her clothing as a means of rebirth to symbolize her newfound confidence and love for herself and her body. Minisquero’s body language, expressions, voice, and dancing are emotionally piercing and extraordinary in revealing her character’s discovery of sense of self. Victoria Myrthil truly glows in her role as Goddess of Light, with her hypnotic dancing and palpable body movements. Without any dialogue, Myrthil poetically expresses her character’s way of “finding the light” and discovering body empowerment through the beauty of dance. Her titillating body movements, combined with her costume adorned in fairy lights, made for a remarkable performance.

Emma Miller’s portrayal of the Clown Goddess was especially entertaining. By providing comic relief with a series of gags, Miller’s lighthearted performance expressed how we should all embrace not only the beauty of our bodies, but also encourages the audience not to be ashamed of “natural gas” and other comedic plights of the human body. Maddy Campbell’s role as Goddess of the Blood Moon was acutely powerful. One could truly hear and feel the pain and anger in her voice while telling the story of how, when growing up, she was disparaged for having a “fuller figure” and “bigger butt” than all the other girls. She ends her poignant story by encouraging all women and men to ignore the hateful comments of others and to be proud of their bodies. Campbell’s combination of spoken word and singing turned her painful story into a magical performance full of empowerment. She Moon was nothing short of mesmerizing and inspiring. This performance not only engendered a stunning aesthetic, but it also contained an extremely moving message of not being ashamed of one’s body, no matter what the size or shape of it may be. She Moon was more than a show or a performance; it was an exhilarating and eye-opening experience.