A King in Queens: Michael D’Antoni at Queens Pride

By the meteorological calender, summer in the northern hemisphere begins in June. The days are longer and the nights are shorter as astronomical summer or as more commonly known, the “Summer Solstice” begins on June 21st.

Not so coincidentally, at the beginning of every summer in the United States, the LGBT community which consists of lesbian, gay, bisexual and transgender Americans and all their supporters come together for a month long celebration of love, diversity and mutual acceptance and respect of unashamed self-pride. A jubilant way to begin one of the most cherished and pleasurable seasons of the year!

Gay Pride Month is celebrated every June and draws millions of participants from around the world each year. This month long celebration includes parades, memorials, marches, parties, concerts, workshops and symposiums across this great country.

The month of June was chosen for Pride Month to commemorate the riots held by members of the Gay community against a police raid that took place at the Stonewall Inn in New York City on June 28, 1969. The result, an applauding tipping point for the gay liberation movement in the United States which paved the way for the present and ongoing struggle for Gay rights.

While all this is going on, one magnificent feature is prominently displayed throughout every event…. the multicolored “Rainbow Flag”.

American artist, gay rights activist and U.S. Army veteran, Gilbert Baker created the flag in 1978 as a new symbol for the gay and lesbian political movement.  The Rainbow Flag was designed with the intention that each color of the flag has a specific meaning: Red stands for Life; Orange for Healing; Yellow for Sunlight;  Green for Nature; Blue for Harmony and Violet for Spirit. Mr. Baker died at age of 65 in 2017, but his rainbow flag remains an iconic, powerful symbol for Gay pride till this day.

Well June is upon us and there are a slew of events being held nationwide. One of these events is QUEENS PRIDE that took place on Sunday June 3, 2018 with its main stage in Jackson Heights (Queens) New York.

QUEENS PRIDE PARADE & FESTIVAL, initiated by NYC Councilman Daniel Dromm 26 yrs ago, welcomes all (straight or gay) to  celebrate as one community. The Queens festivities were first held in 1993, in a effort to support social justice. This event combines a huge display of talent with the focus on a celebration of life and a sense of community for all Americans devoid of race, creed, color or sexual orientation.

With thousands in attendance, QUEENS PRIDE has grown and evolved over the years to the exuberant and flamboyant festival it is today. In addition to the day long highly spirited celebration the organizers work ardently throughout the year assisting people within the community, connecting them to various equality, social justice, health and educational organizations.

Sunday’s enormously colorful PRIDE PARADE culminated at the Festivals main stage which was loaded with great talent reflecting the diversity of the LGBT community.

Singers, comedians, drag acts, dance groups came to share their talents as well as, show their support for this on going celebration of love and human kindness.  The days event was hosted by the beautiful DOMINIQUE JACKSON from the new FX TV show “POSE”.  All day, the mass of people were treated to acres of talent as one act after another performed live for the uproarious and boisterous crowd. Noteworthy mentions go to;

The dance group “THE HOUSE OF LEBEIJA or also known as “The Monster Project” gave great face as they vogued a wonderfully choreographed rhythmic routine while they worked that stage.

The audience was like putty in the hands of three octave tenor BEAU HOWARD with his powerful rendition of San Smith’s  “Lay Me Down”.

Welcomed to the stage the female singer KAR  and the male singer  JAXX CORTES, solo acts in their own rights, joined voices as a duet known as KAR/JAXX. Met at a karaoke night and collaborated their individual talents, the result was a most soulful and eclectic song known as the original “Dreams”, a smooth and mesmerizing R&B soul style made to order and inspiring all! 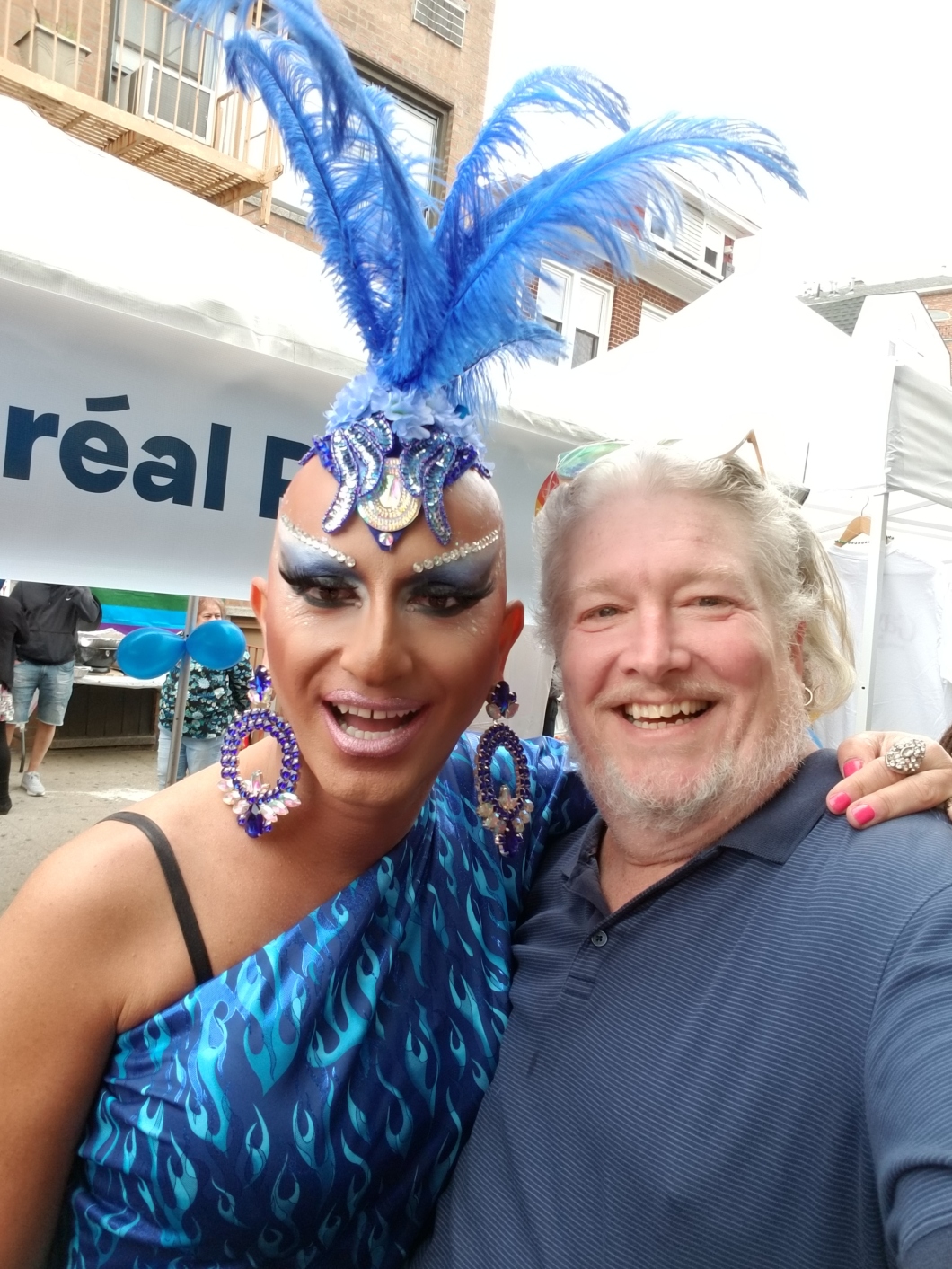 Lastly and definitely not least, the charismatic and talented cabaret and film personality TYM MOSS, who’s melodic range is matched by no one. TYM was welcomed by an uproarious hoard of fans as he treated every one in attendance to three of his classic renditions. “I Kissed a Girl; “Don’t Rain on my Parade” & “Get Your Girl On”. TYM connects with his audience and always leaves everyone wanting more.

One could not leave the event with nothing less than a smile on their face and a spirit of kindness and acceptance in their heart.