A staged reading on of Matt Spangler’s play, 2034, directed by Danielle Earle was held Wednesday evening, May 23 at the Jersey City Theater Center in Jersey City. 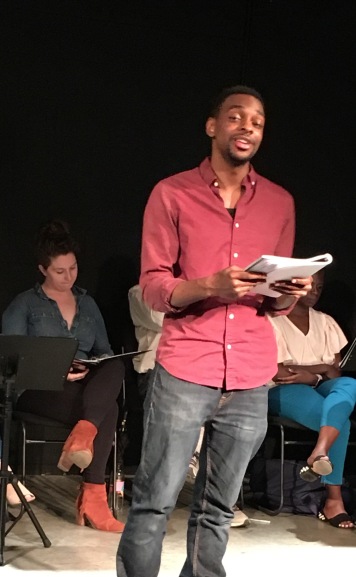 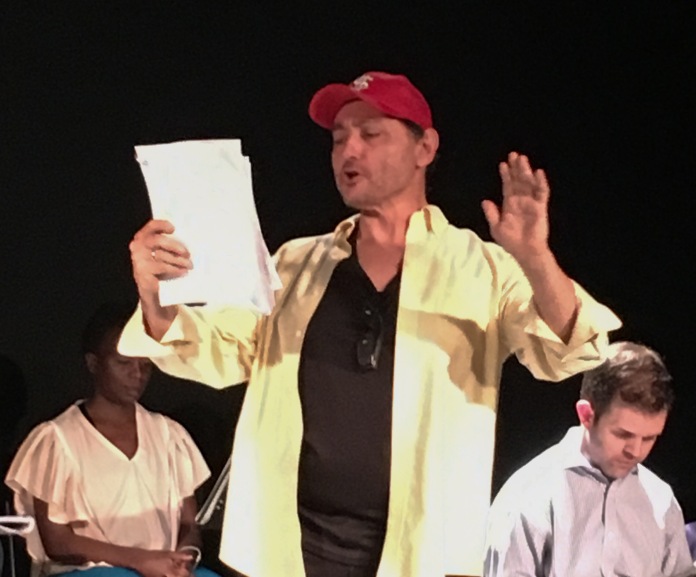 What will the effects of Trump’s America be 16 years into the future?

That’s the question! Twenty Thirty-Four, a comedy written by Matt Spangler and directed by Danielle Earle, tries to answer it. The play follows Stan, an African-American Apple Computers programmer in 1984 who unintentionally time travels to the United States in 2034.  It’s there Stan encounters alt-right red-necked yokels, racists and outlandish government officials plus a no-nonsense female liberal that is desperately trying to reverse the course of this terrifying dystopian society.  Spangler’s Twenty Thirty-Four is like Back to the Future mixed with the most current devastating issue of the world … in a humorous way. 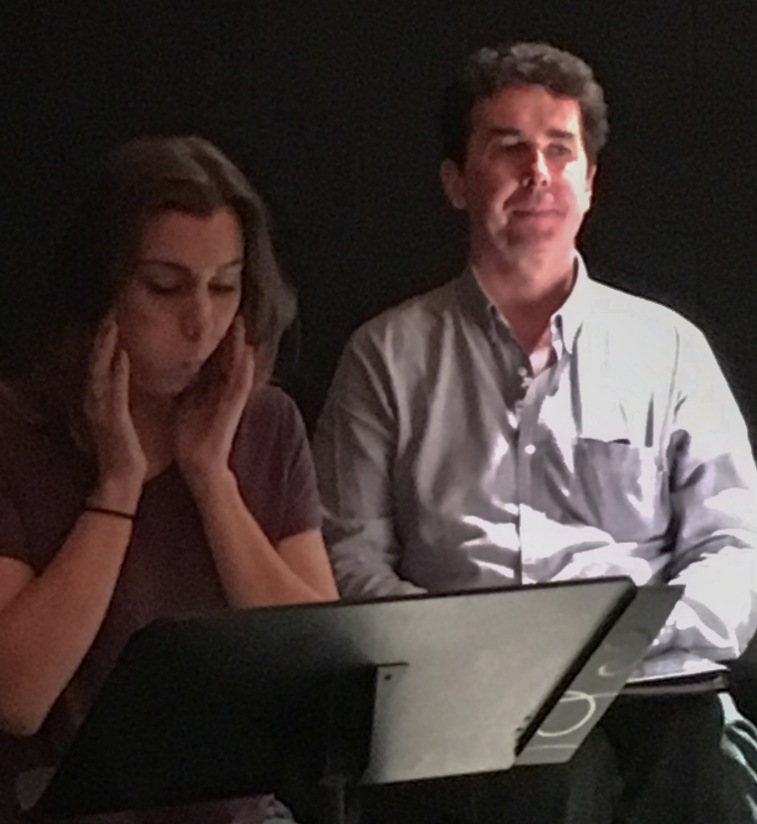 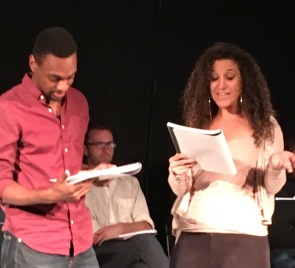 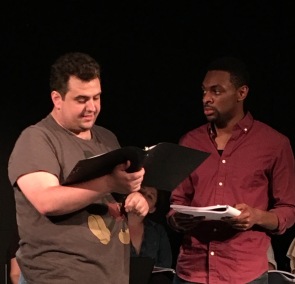 Spangler’s acerbic wit and referential humor effortlessly accentuates this cautionary tale with a comedic edge. Stan’s consistent mapping of how Trump transformed America into a circus mirrors the daily ritual done by most liberals since the election. The audience can relate when Stan (from the era of Reagan and Bush I) reluctantly believes that former president, Barack Obama, an African-American, almost instituted universal healthcare. To this child of Orwell, It feels like a fairy tale that was too good to be true. 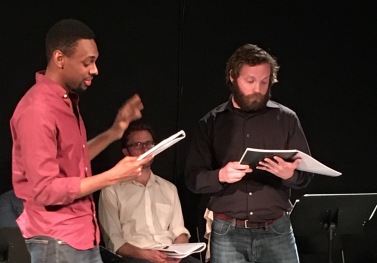 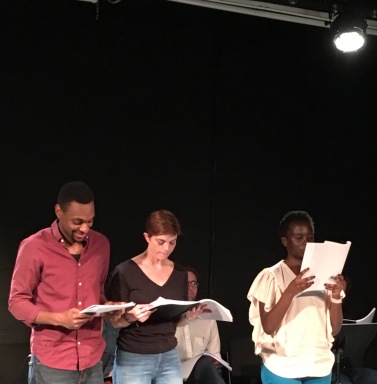 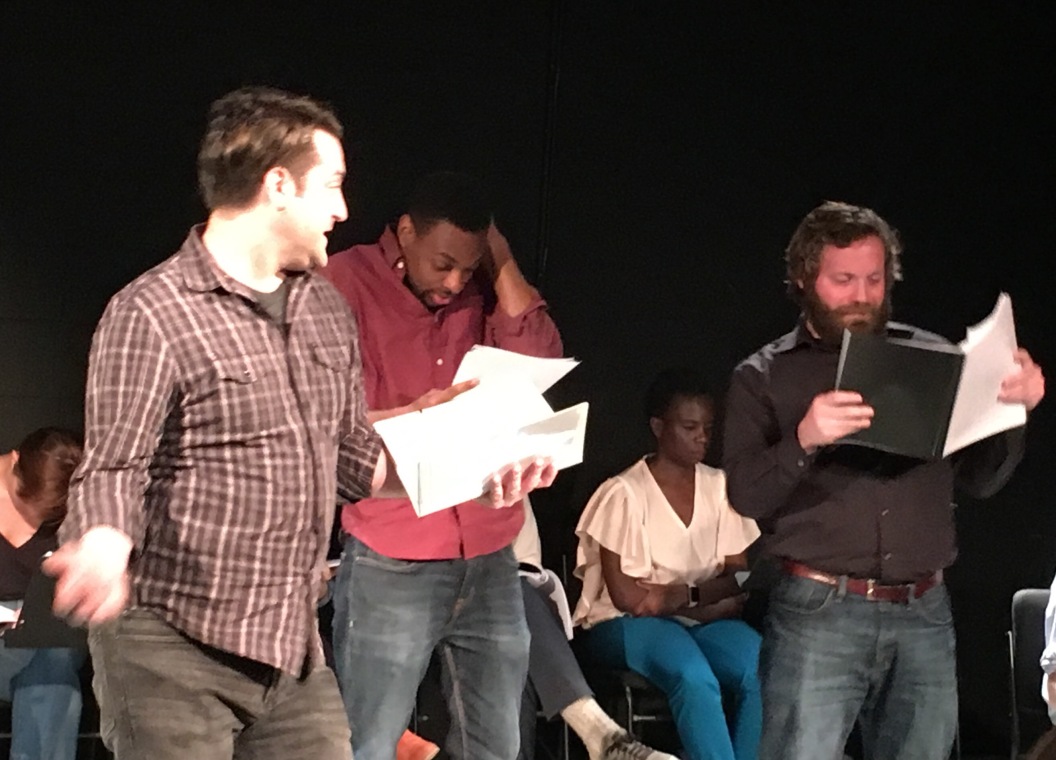 Earle expertly focused the play’s story through nonlinear staging and emphasis on Stan’s journey.  She also rose to the challenge of managing an extremely large cast by strongly distinguishing each character.  Additionally, there were terrific performances by Matthew Dean Wood and Stephanie Miller.

Twenty Thirty-Four was an enjoyable work to watch. It will be coming to NYC for a full production in the fall so it will be exciting to see how this play further develops. 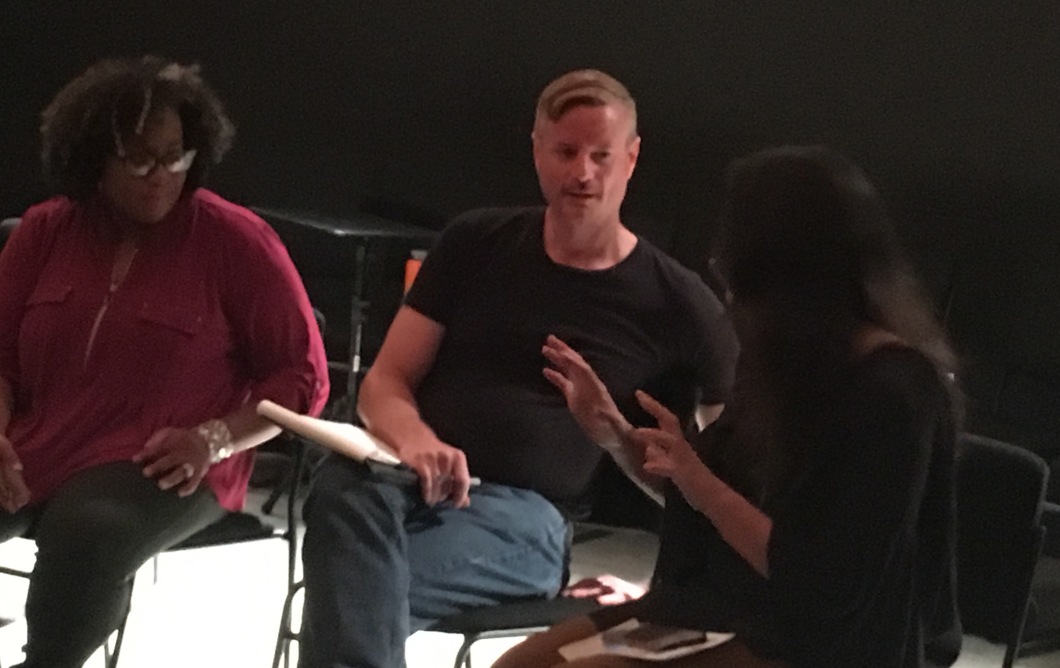