For Brytanie, it’s all brand new; for Ken, just another day at the ranch!

The wit of playwright Shirley Beth Newbery coupled with the steady hand of director Laurie Rae Waugh will make even the saddest occasion a joy in AFTER THE WAKE, running Wednesday – Sundays, August 7 – 18 at the Serene Sargent Theatre – part of the American Theatre of Actors complex of arthouses. Wednesday – Saturday at 8:00 p.m. and matinees on Sunday at 3:00 p.m. Tickets $20 at the door. American Theatre of Actors is located at 314 W. 54th Street, New York City, 212.581.3044

Waugh has created an unofficial rep for her shows in terms of stage artists. There are those within her company who have been with her for years but there are others that are making their maiden voyage.

OuterStage had the occasion to speak with one sage and one newbie:

Ken Coughlin – who was seen in almost every Waugh stage work and even a principle role in one of her films. Brytanie Holbrook joins this distinguished team with After the Wake. 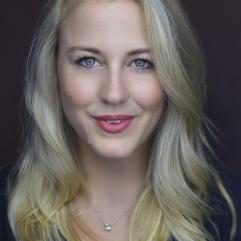 Brytanie Holbrook: I am an avid lover of Shakespeare, I love words and the discovery that is brought in that type of work, I find it to be very playful, and as an artist, I love to collaborate and to PLAY. I love finding the magic of a moment and developing that with other artist.

Ken Coughlin: I made my impromptu entrance to the stage at 5 years old, singing Nat King Cole’s When I Fall In Love, A Capella, and I’ve never left. My wife calls me a Renaissance man. Just in terms of theater, I’m a singer, actor, guitarist, director, set, lighting and sound designer. I performed with several Rock and Roll Bands, and as a solo performer, through the 1970s & 80. In 1990, I was asked if I would like to tackle the role of Carl Lindner in A Raisin in the Sun. That show was instrumental in teaching me how adapt to memorizing a script, as opposed to the 800+ song repertoire I possessed at the time. My “formal actor training”, if you can call it that, came from 2 years of being a regular reader at Frank Silvera’s Writers Workshop.

Interesting subject matter. Where do you find the humor?

Brytanie Holbrook: Katherine is wonderful to me; I find so much humor in her. She is brash and so herself, and while she may seem selfish, she has her reasons. She has one ( or a few) outburst in the show….let’s just say there is lots of drinking and cake….in the face.

Ken Coughlin: In my opinion, a good writer can make almost any subject matter interesting, and I’ve been fortunate to work with some very good writers, covering a great number of subjects. I find humor in the rehearsal process. That’s where the fun belongs. On stage in front of an audience, it’s all business. You do your best to present the show to your audience, so that they can find the humor, or drama, and if you do it right, it’s fun for the actor, but you don’t enter the stage with the intent of having fun. You enter the stage with the intent of entertaining. Process for a show?

What’s your creative process? Does it change from show to show or do you have “a plan?”

Brytanie Holbrook: I am all research; I love to dive into the world of my character and find all the little things that may influence their lives or ways of being. I love to see what everyone may say about the character I’m playing in the show as well, often times it is very different from how I may feel about them personally. I always look for their humanity no matter how bad or good they may seem.

Ken Coughlin: As an actor, I have also taken on the tasks of lighting, set & sound design for many of the shows I’ve been cast in. So, my approach to a role is different from many actors, in that I’m also thinking about the technical side of every scene, even the ones I’m not in. From a strictly acting perspective, when I first start studying a script, I have to make assumptions about my intent as the character, and the intent of the other characters in a given scene. Those assumptions will sometimes change, based on the assumptions other scene partners have made, and the vision my director brings to the table. Thus far, my assumptions have been pretty good. Not all of my “process” derives from theater experience. In the early 1970s I was trained in the logic of computer programming, and I bring that logic to my artistry. I also use my knowledge of computers to affect the technical aspects of my artistry. The lights, sound and video used in most of the shows I’m involved in, are run by computer.

The ATA has been opening the door to plays for over 40 years. How do you feel working [again] there?

Brytanie Holbrook: ATA is a wonderful theatre for actors, they are constantly producing very diverse theatre and giving opportunities for new and upcoming actors.

Ken Coughlin: I have been at American Theatre of Actors since February of 1994. I believe, at well over 100 different productions in which I have performed at ATA, I have the honor of having been in more productions than any other actor, SO FAR. They say records are meant to be broken, and the new record holder may already be performing at ATA. Many people feel that you have to take on roles which are uncomfortable in order to grow as an actor, and while that may be true, there’s nothing that suggests that you should be uncomfortable in the venue in which you’re performing, and it always feels comfortable to return to ATA, even though sometimes it feels as if I never leave.

Ken Coughlin: In November I will be the Polar Bear in Footprints of the Polar Bear. And in 2020, I’m looking forward to portraying Walter in Waiting for Walter.