Look … Up in the Sky … Seriously

Review: “2071: The World We’ll Leave Our Grandchildren” at the Episcopal Actors Guild 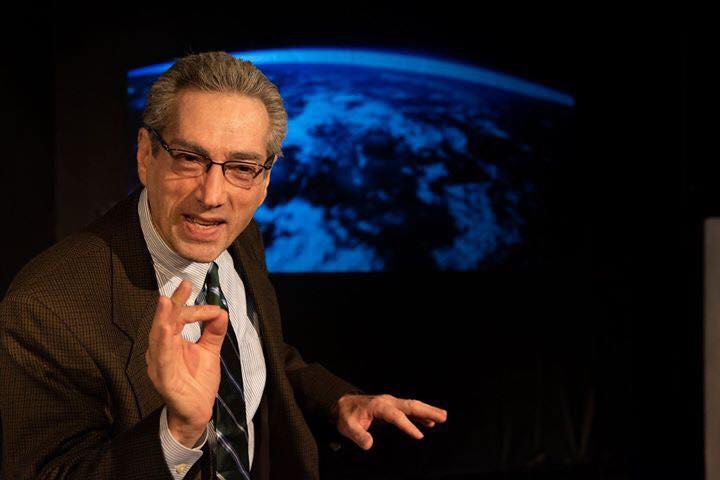 With the 2020 presidential primaries rapidly approaching, there is also a rapid increase in debate and discussion over various issues dividing various candidates vying to take on Donald Trump, perhaps most crucially of all of them being the need to be bold and aggressive, not just incremental, in our approach to fighting climate change and saving our planet. So naturally, artists who feel strongly about the need for a Green New Deal have been using this as an opportunity to make their voices heard and to create art that will help push audience members – and hopefully, by extension, politicians – to take action.

With their NYC-based revival of the British play 2071: The World We’ll Leave Our Grandchildren, the group Ripple Effect Artists seeks to be the latest to contribute to this dialogue by using this dramatized lecture by Dr. Chris Rapley – represented on stage by actor Robert Meksin – as a means of potentially reminding theatergoers of how serious this issue is.

To be clear, it can’t be overstated just how important the issue of climate change, and the need for aggressive action to halt – if not reverse – its effects, is to all of humanity. I myself have written about this topic in my own past works, as a playwright, and am encouraged to see so many other artists who also understand the urgency of this issue. The president of the group’s board – Jessica Jennings, the daughter of the American Theatre of Actors’ founder James Jennings – likely could have used her family connections to do anything else she wanted to do in the world of indie theatre, so the fact that she is using her platform and influence to try and raise awareness for such an important cause is something to be appreciated. 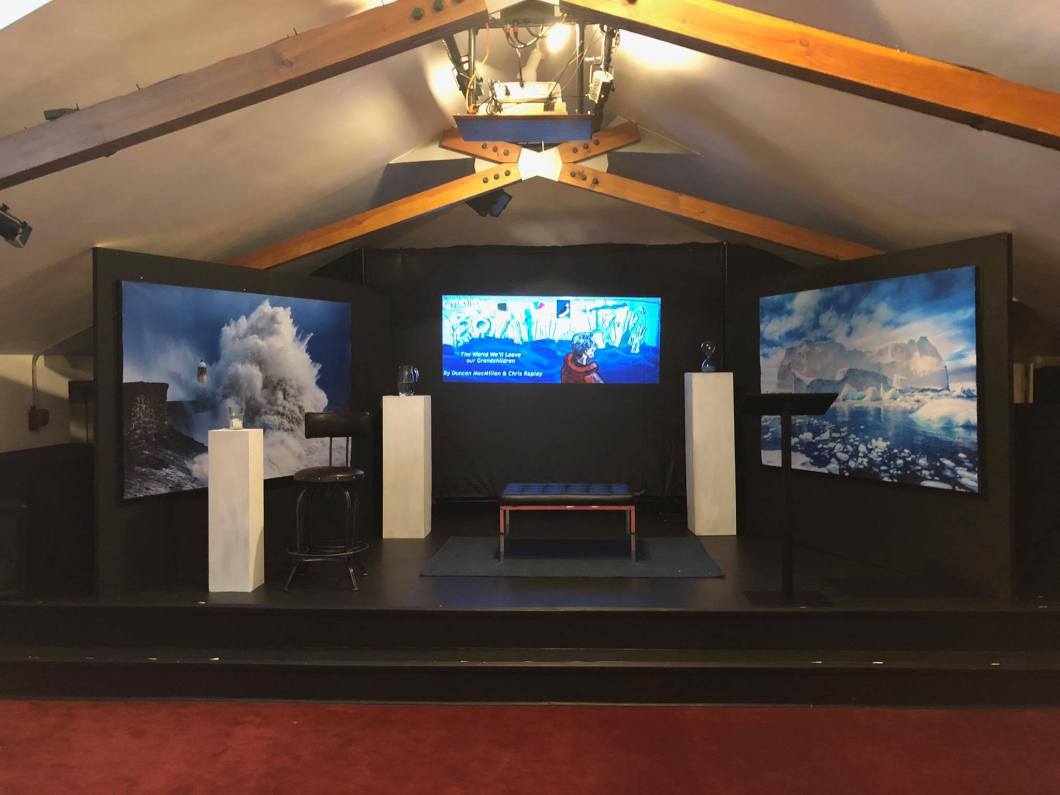 However, as admirable as the production’s intent may be, it’s questionable whether this play is the correct means of achieving their goal of sparking action. The greatest issue facing the production is that, when watching the performance, it doesn’t feel like you’re watching a play. Rather, it feels like the re-enactment of a scientific lecture, to the point where I left the show wondering what exactly the audience could get from this show that they couldn’t also get by picking up a book or attending either an actual lecture or a group meeting for an environmental organization.

Sure, there are lots of fascinating scientific facts in there, and besides the future predictions (more on this below), much of the substance still holds up today. Indeed, perhaps it may prove to be educational, for anyone attending who didn’t already know the detailed substance behind the drastic changes in our environment, and was looking specifically for that from their night at the theater. Yet as correct as it may be, it often feels too mundane on its own, and the dramatic delivery was dull and uncharismatic, and left very little emotional impact. I’m not sure its compelling enough to catch the attention of the average theatergoer, unless they were already inclined to listen to a detailed yet banal speech about the science behind global warming.

Furthermore, as noted by the producers at the end, certain aspects of the text – first produced in London in 2014 – are outdated, and have left their predictions of how much time we have left as being rather optimistic, leaving me even more baffled as to why the producers chose this particular piece to highlight the need for environmental action, when in reality, we only have 10 years for our government to fully implement the necessary solutions to these problems.

At its best, art is meant to spark and fuel a conversation and shine a light on new perspectives about important issues, and that seems to be what the producers are trying to do. Yet I have a hard time seeing how this particular production will succeed in persuading anyone who isn’t already on-board that this is an urgent issue. I was intrigued to hear during the talkback afterwards (which included a good talk from a representative from 350.org) that the group’s next project is an original film exploring the aftermath of climate change in the future. Perhaps more original works, such as that, may be a better avenue to explore, when considering future ways to promote this cause, and sparking a more meaningful conversation that wasn’t already happening.

2071: THE WORLD WE’LL LEAVE OUR GRANDCHILDREN