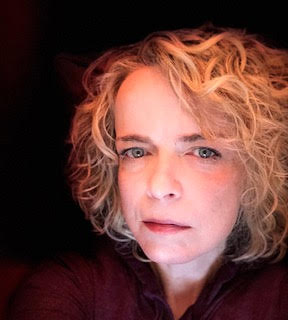 Gabrielle Fox, an award-winning playwright, has works presented at some highly notable establishments: Playwrights for a Cause, Planet Connections Theatre Festivity, and La MaMa, to name a few. A fellow academic, she is a distinguished professor of playwrighting in Westchester, she has also taken that location to co-produce the first women’s playwright festival in the Hudson Valley, well, it’s the first one of its kind … but it’s been around for three years and counting. Her play is about the second coming happening in a survival bunker. It’s called SECOND COMING.

Erik Champney is a disabled queer artist who sees the world through an uncommon lens. Due to a muscle deficiency in his legs, he spent most of his childhood frequenting hospitals, undergoing extensive surgeries to aid in his ability to walk. In response to his reoccurring isolation from other children, a robust imagination was ignited … robust? – it became superhuman. SPARKLER explored the Hollywood lie machine; DEAD BRAINS leads three friends – and the audience – through a sexual cat-and-mouse game. The later was produced by Jim Kierstead (producer, HADESTOWN, PIPPIN, KINKY BOOTS) who called Erik ““One of the finest new playwrights of our time.” Not too shabby.

His play is about a British schoolboy who looks (and acts) like a certain notorious American president and is planning – with the help of his classmates – an act of terrorism against their teacher.

Both ended their introduction to me with the line… “oh, but it’s a comedy.”

“This play was written in another time and place way back in 2013 but seems MUCH more relevant now,” Fox proclaims, not needing to explain why. “It’s a farcical satire that takes place in a survival bunker in America and explores what would happen if the second coming occurred in the bunker with a full cast of red-blooded Americans. It’s a lot of comedy and at the same time hits upon some serious and relevant themes in today’s world,” says Fox about her play

“I love the idea of Jesus as a character in modern times, how he would adapt, what he would really think of us and how we are doing carrying his message forward,” says the professor. Not sure if she saw me nod at her clairvoyance as Netflix recently presented MESSIAH a series about what it would be like if Jesus came back.

She grew pensive for a moment, dropping the need to tell me how funny her play (surely) is and said with a sigh…“Has anything really changed since his time?”

Champney, one might think is a withdrawn soul. His tribulation with physical ailments might make him introverted. Not a chance. The voluble Champney regaled me in FIEVEL DRIDGE, THE GREAT ORATOR OF FISHINGSTILL, “a British schoolboy, who shares eerily similar characteristics with a notorious American President, and his quest to lead his little friends in an act of terrorism against their teacher. It’s a comedy and its written for Matt Maretz, a lightning bolt of talent. It had been over a year since we last worked together on the multiple award-winning DEAD BRAINS at Planet Connections. To put it simply, we’re a great team and we wanted to reunite.”

I wanted to ask the genesis of this play but he got there first.

“FIEVEL DRIDGE had been simmering in my head for a while, but once Dark Planet was set into motion and with Matt by my side, I thought this was an opportunity to present something substantial. What begins as a jovial, ridiculous farce of children left to their own devices in a classroom takes a sharp right turn into the mouth of hell. Ten-year-old Fievel Dridge, whose dialogue is intermingled with Donald Trump quotes, evolves from a mocked outcast into Hitler in approximately 12 minutes. In that short time, his classmates grow from thinking Fievel a pest to bowing down to him as their one true leader.”

He too, stopped being funny just long enough to be introspective.

“How do these things happen? The play shows us when someone screams loud enough and long enough, exploiting the fears of others, it’s only a matter of time when the screaming is the only thing they hear — and they start to make sense of it, applying it to their lives.”

Both seemed to say the same thing with their comments and their plays. Are we really no longer barbarians? Can we say there will never be Roman soldiers or Nazis? All our technical brilliance does not give us the chance to look away.

Watch the State of the Union address if you’re unconvinced.

I asked the 64,000 Question to Fox and Champney. Short Form Plays? Thumbs Up or Down?

Fox loves them … “Short form … pros? I am pro short form! I love it! It’s true guerilla hit and run theatre. I love the idea of trying to have an impact and cramming story structure into the smallest form possible and have the biggest pay off. It’s a great challenge.”

Champney weighed in citing his own short piece: …  “The play is a frantic, wild ride. Matt shines and is beautifully supported by Mary Monahan, Carlotta Brentan, Issa Best, and Michael Donaldson. Irina Abraham’s thrilling direction is super physical and there’s nary a moment of stillness throughout the entire piece. Something is always brewing, the stakes are always high, and FIEVEL DRIDGE will be worth the price of admission alone. We are all quite excited to show the world our mad creation.”

OK, I guess he likes them.

I remember Night Gallery in the 70s having short form teleplays that may have been 5 minutes … tops. They were always the icing on the cake of that night’s episode. Just enough of shock, laugh, or feeling. Cooking Shows have the same the “amuse bouche.”

A quick whiff of fine cologne, if you will.

Dark Planet gives us a dozen bits of icing. I imagine many will dig in. 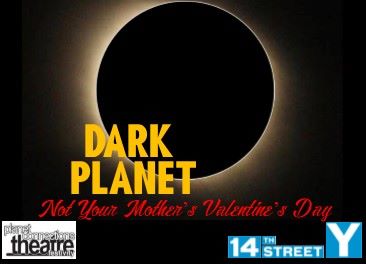