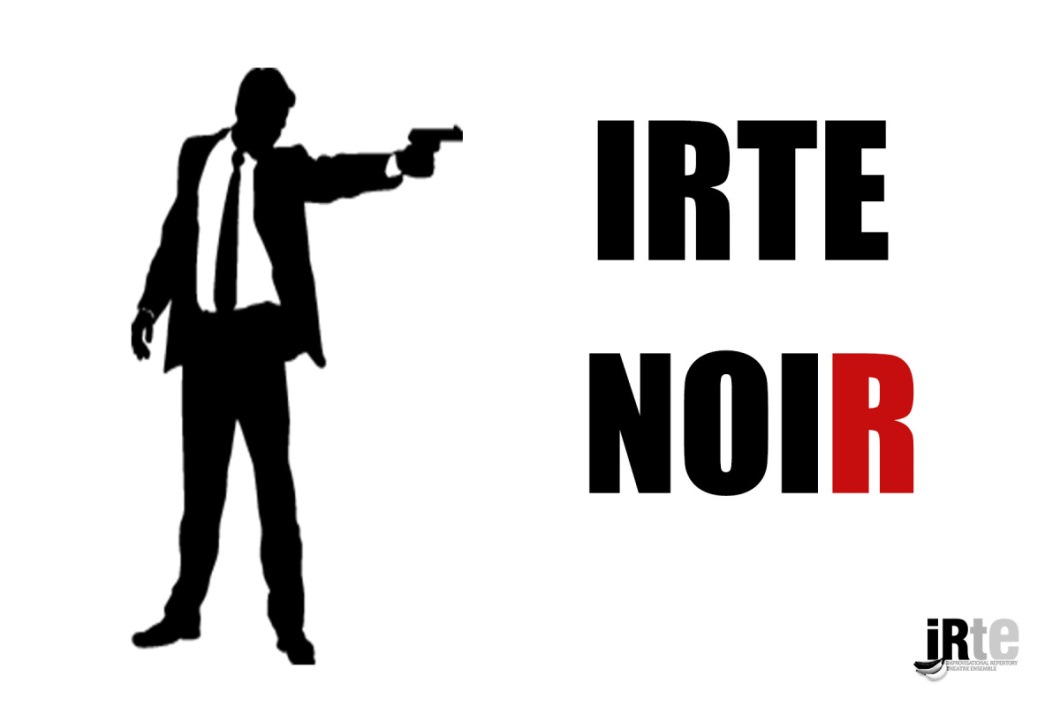 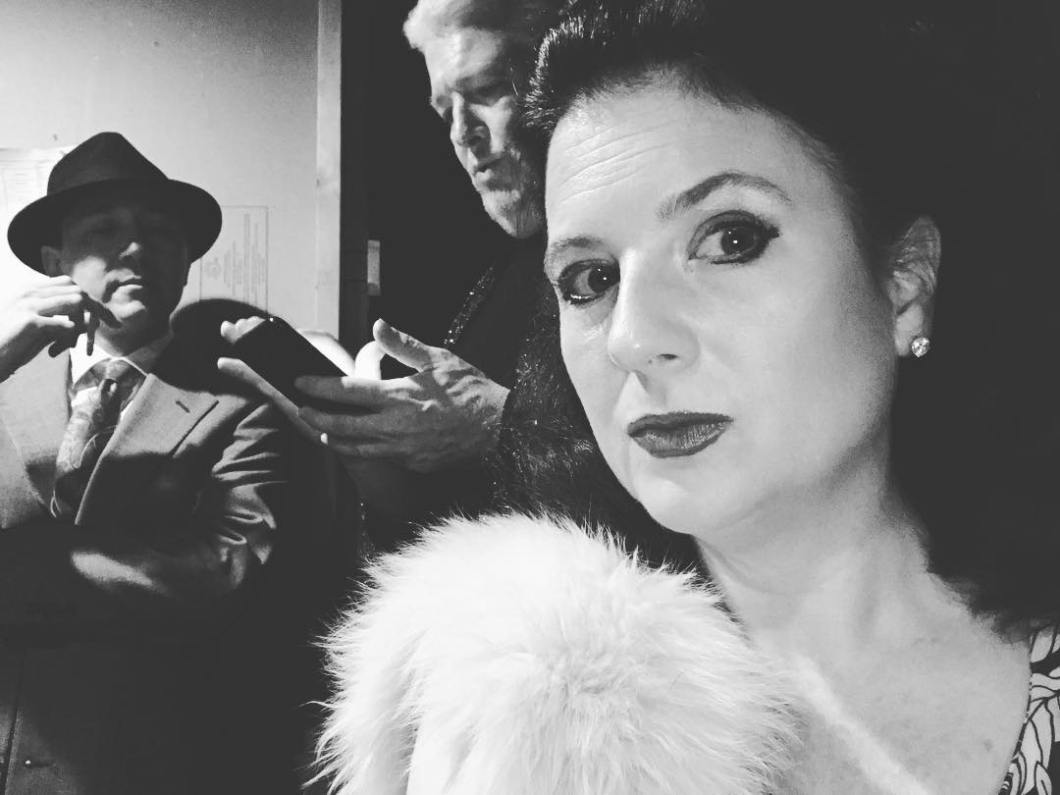 “IRTE” or the Improvisational Repertory Theatre Ensemble invites one to a night of crime, passion, intrigue, betrayal, drama, deception as well as, even more passion, twists, turns, moodiness & diverse dialogue.

“NOIR” is a American film genre originating in the 1940’s either of criminal or fictional situations characterized by cynicism, fatalism, and moral ambiguity.

Hence, “IRTE NOIR” is the melding of both live theatrical improvisation with deep dark secret plot twists and a little comedic timing thrown in for good fun! 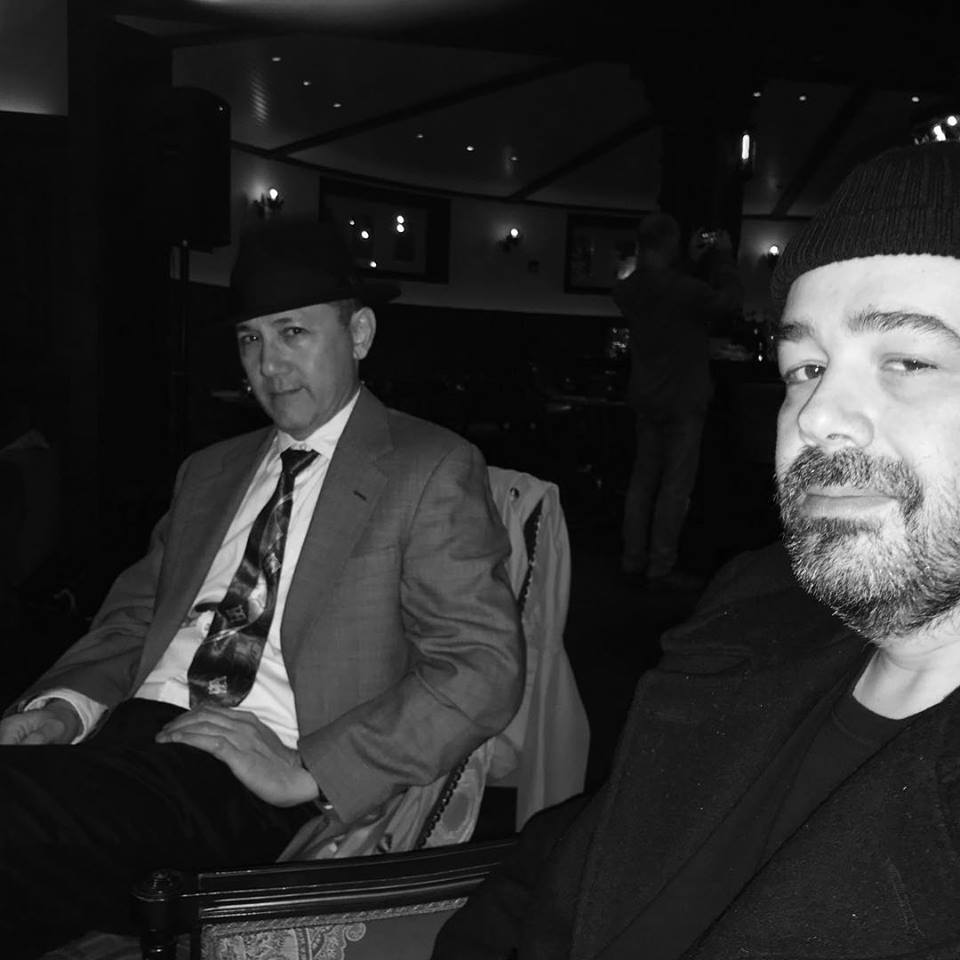 Performed in the Prince Theater at the Producers Club, this hour long show in this small setting theater gives the audience the chance to decide who dies in the show before the actual escapades begin. Then the troupe of actors make up the theory and story as they go along creating a theatrical “Ends Justify the Means”, so to speak. Know that each and every performance is a new, freshly crafted story and played out right before the audience eyes!

Boasting and successfully ​keeping with the style of original themed character-driven improvisational shows combined with thick complicated and baroquely multi-dimensional plots and characters, IRTE NOIR incorporated simple costumes, hand held props with funny and at times pathetically strong figmented characters in a very theatrical setting all the while, lacing comedy throughout this completely “right before your eyes” made up farce.

Let me at this point digress for a moment, as I must share with you a rather subliminal tell that occurred prior to the shows beginning.

Allow me explain. As the lights were being dimmed and the house man faded the overhead speakers (that were randomly playing selections of songs from the 70’s and 80’s as the audience entered the theater) the very last song blazing from above was Billy Joel’s “The Stranger”. I found this to be revealingly humorous, for was this NOT an odd premonition of what’s about to come? Or lyrically was it a tell all of a who’s who in a who done it? Probably unplanned and possibly even accidentally random but nonetheless most appreciated by this reviewer. Make it happen again!! This time purposely and see if any future theater goers even notice!

Now back to the show, which opened with the murder of one of the characters and then…well for the rest…. go see the show!

Funny, provocative and linear with the advent of the on the spot creativity of ideas, story line and dialogue IRTE NOIR pleasantly delivers.

All the actors were believable, funny and had great timing as they were on point conversationally. Additionally, each had their own unique and well appointed idiosyncrasies that held up nicely in this otherwise intimate space availed to them! 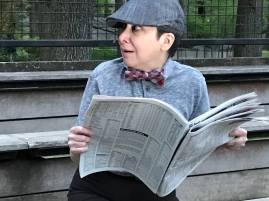 Notable cast mentions go to NANNETTE DEASY who played the aging and pitifully washed up Norah Diamond honestly and believably. Her facial expressions were every bit reminiscent of Gloria Swanson waiting for her close up! The characterizations of SAM KATZ who played Rusty Nail and the Police Captain were comedic and refreshing as much as they were abstract!  And finally the musical talents of Radio host & New York City Cabaret sensation TYM MOSS, who brought his dulcet vocal talents to this stage production as the owner of the fictitious Tyms Place delightfully treated the audience to three period songs throughout the developing story line.

Pleasurable, funny, artfully crafted and fast paced IRTE NOIR is a quick and welcoming reboot to one’s personal laugh meter. I recommend all stop by far an enjoyable tune up! 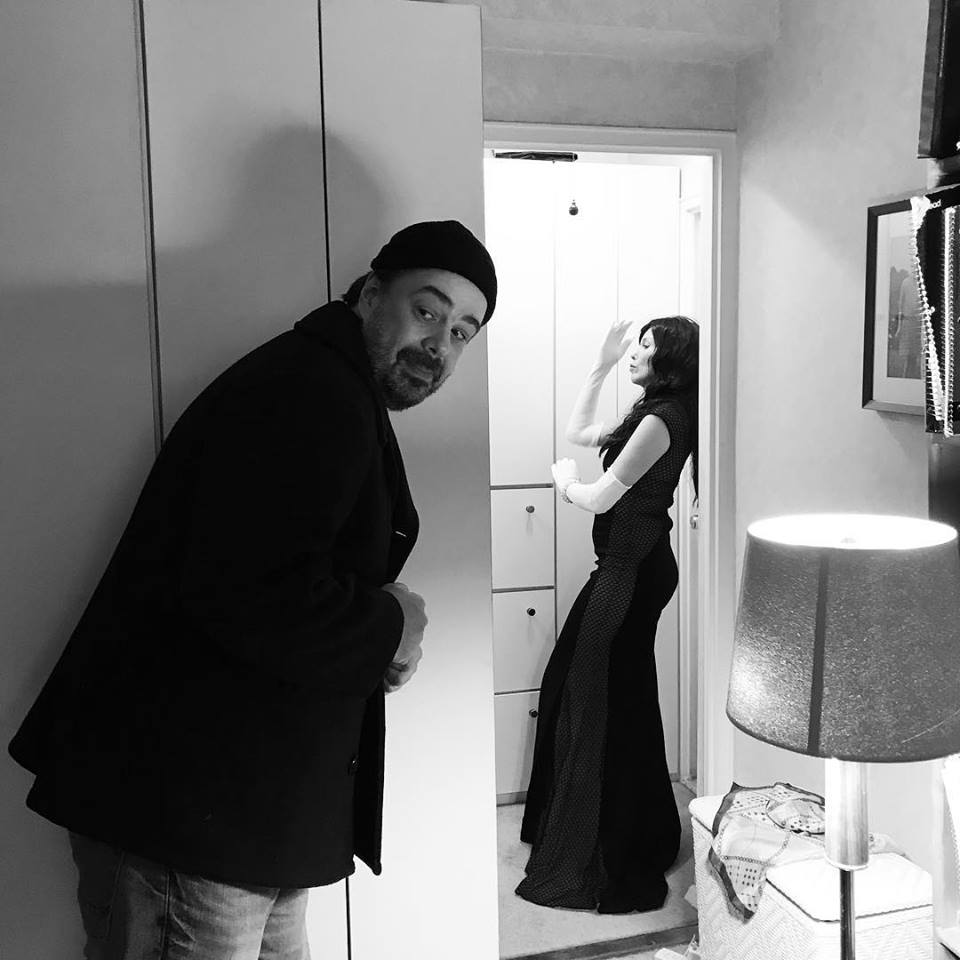 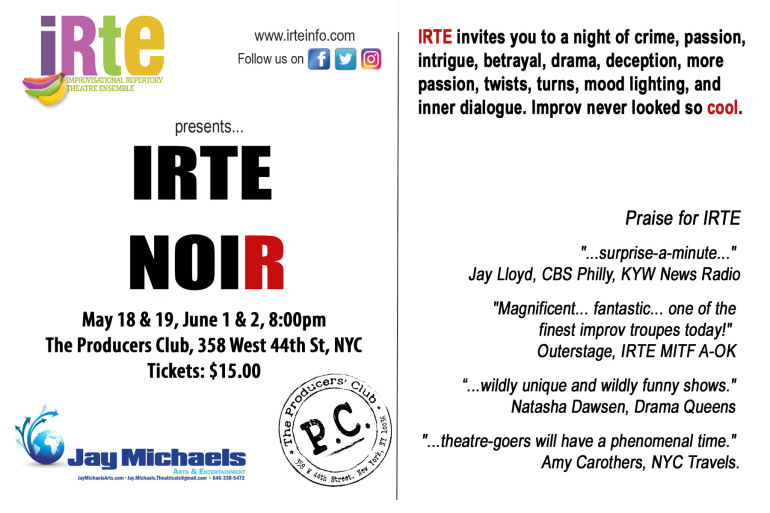