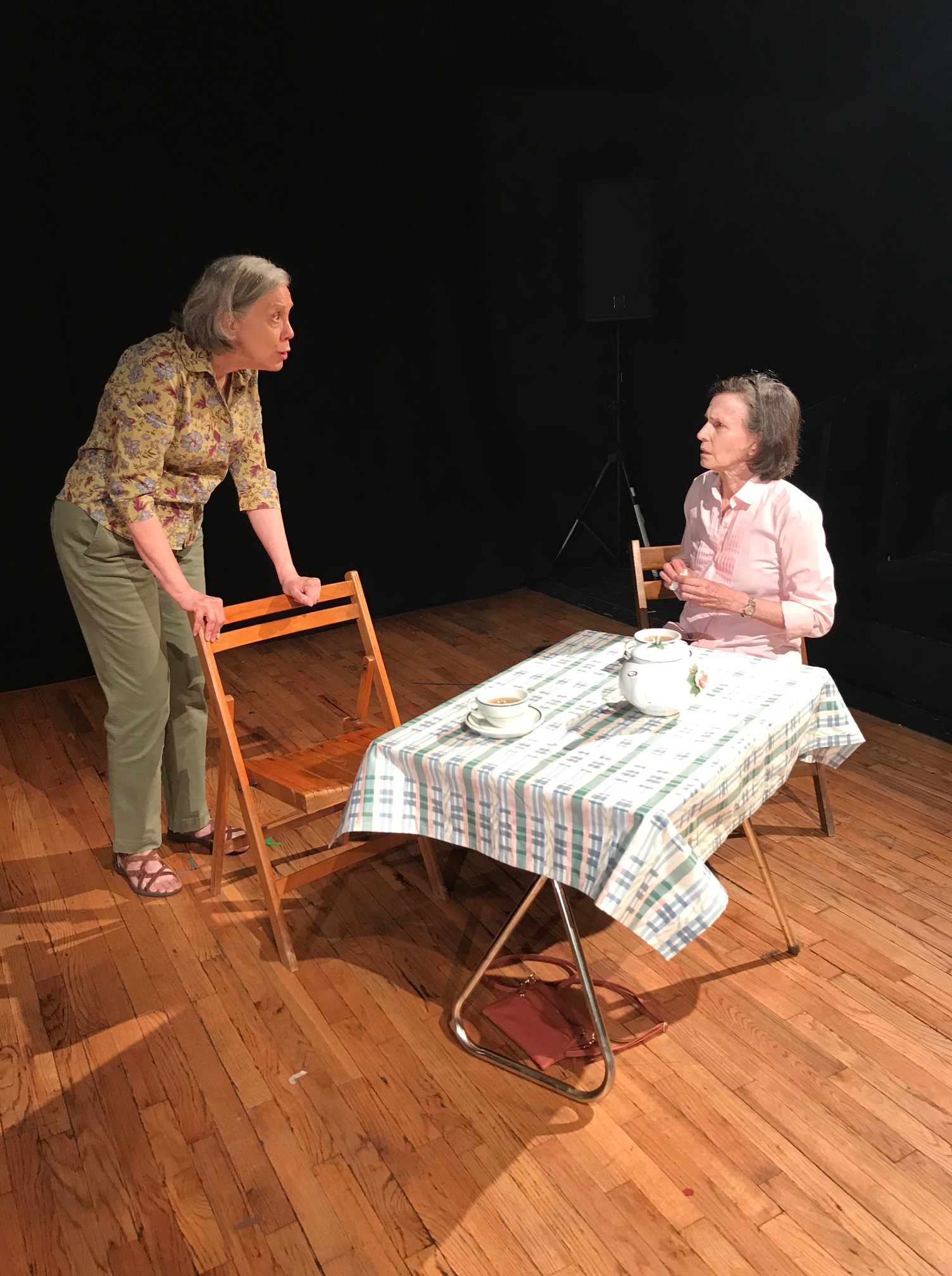 This Stretch of Montpelier
by Kelley Nicole Girod
Theaters at the Clemente, 107 Suffolk Street

The specter of sudden violence seems to lurk just outside the pools of light in which Kelley Nicole Girod’s engrossing Southern gothic drama The Stretch of Montpelier takes place.

Secrets seem buried every yard along the title roadway that runs through a tiny Mississippi Delta village. We visit each house in turn to learn what type of guilt and terror is kept under wraps there.

An incapacitated old lady (Geany Masai) who abandoned one of her five children, then has had to watch as the others were taken from her one by one until only the abandoned child is left living.

Two sweet old elderly sisters (Carol Monferdini and Tandy Cronyn) reveal that they participated in a horrible crime years earlier, and they wonder if the unpunished murder was the cause of all the family’s heartbreak in the decades that have followed. One sister keeps seeing the ghost of their victim everywhere she turns.

Some horrible crime seems to float around the character of the snappily dressed Felonius (Donovan Christie Jr.) like smoke. He talks too fast, sweats nervously, and keeps dropping hints of something dreadful, but the audience is kept tantalizingly guessing about what it might be.

Suppressed racism bubbles to the surface for a young interracial couple (Lamar K. Cheston and Alisha Spielman), as the man keeps moving them farther and farther from civilization, seeking a place where he believes he will finally feel safe.

This Stretch of Montpelier is being presented as part of the 10th anniversary season of Planet Connections Theatre Festivity at the Off-Off-Broadway Theaters at the Clemente.